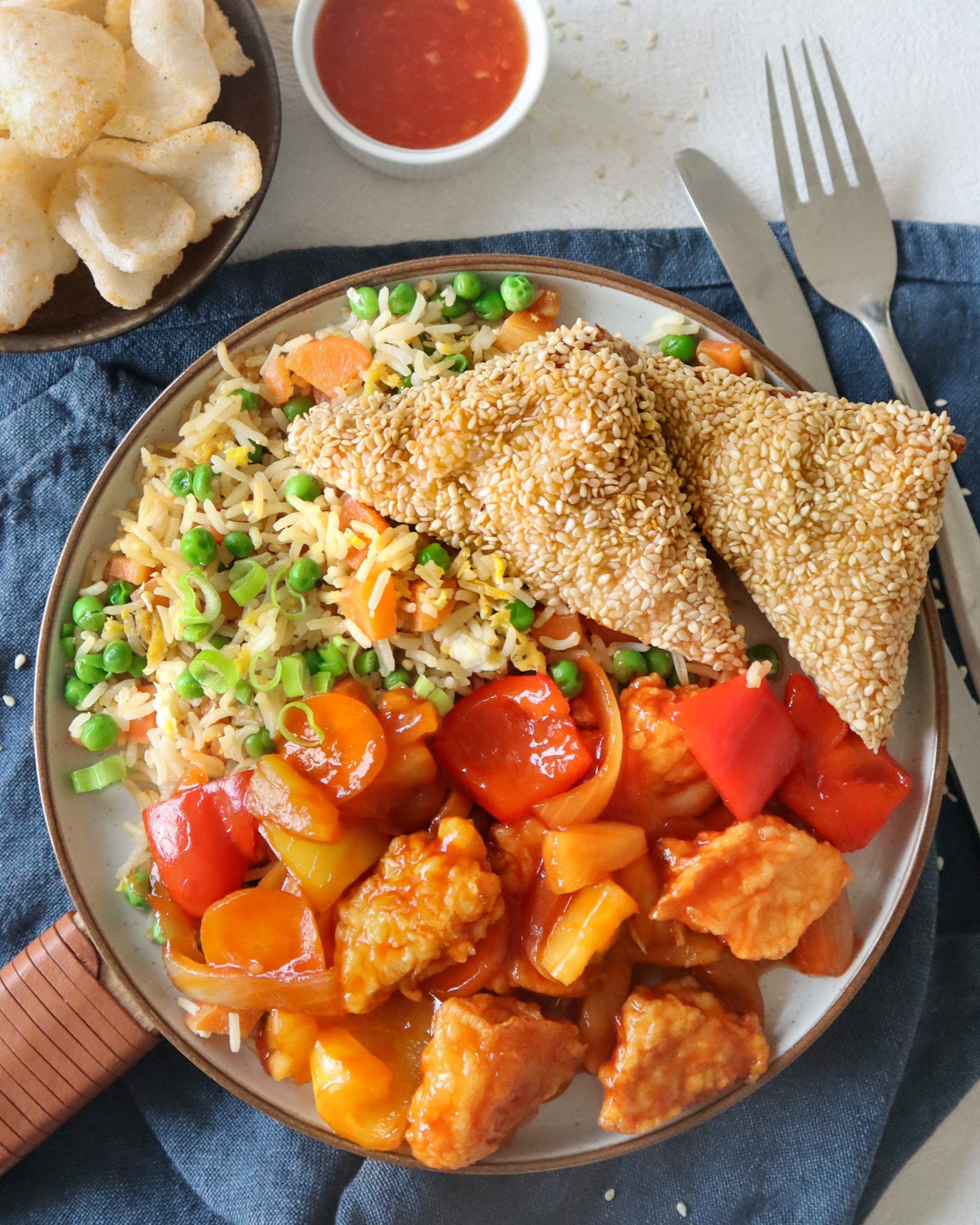 Who needs a Chinese takeaway when you can make your own gluten free sweet & sour chicken and it tastes thissss good?!! And its surprisingly simple.

When I announced to my boyfriend that I was going to attempt to make his all time favourite, Sweet & Sour Chicken, he said: “it won’t be like the Chinese though!”. To be fair, at the time I really didn’t think it would taste like the Chinese either. I thought if I could get 75% there, I’d be happy enough!

His response when I he tried it “Ok, that’s identical, 10/10, imagine if you did that with your prawn toast and egg fried rice too”. Never doubt me Charlie ;)….

From what I can see, the majority of Sweet and Sour Chicken recipes online are almost identical, so I’m not trying to reinvent the wheel here. But, when I follow other recipes, I always have loads of questions: “is that enough cornflour? should it look like that now? the sauce is a bit brown, is that right?!” etc etc…. So I have added LOADS and tips, pics and extra bits to help you along the way.

If you’re veggie, you could easily leave out the first section of the recipe instructions and just add in some extra bits – maybe beansprouts and broccoli?

Recipe also works fantastically with pork or other types of meat. Sweet and Sour Prawns went down well too!!

Looking for some other gluten free fakeaway options?

How about my Gluten Free Prawn Toast? Or Egg Fried Rice?

Or check out my Guide to Gluten Free Fakeaways here!

Make the "Sweet and Sour"

#AD 😇 My ANGEL CAKE 😇 made with @thehappyegg

*11 things that are bothering me in the gluten fre

This error message is only visible to WordPress admins


Error: API requests are being delayed for this account. New posts will not be retrieved.