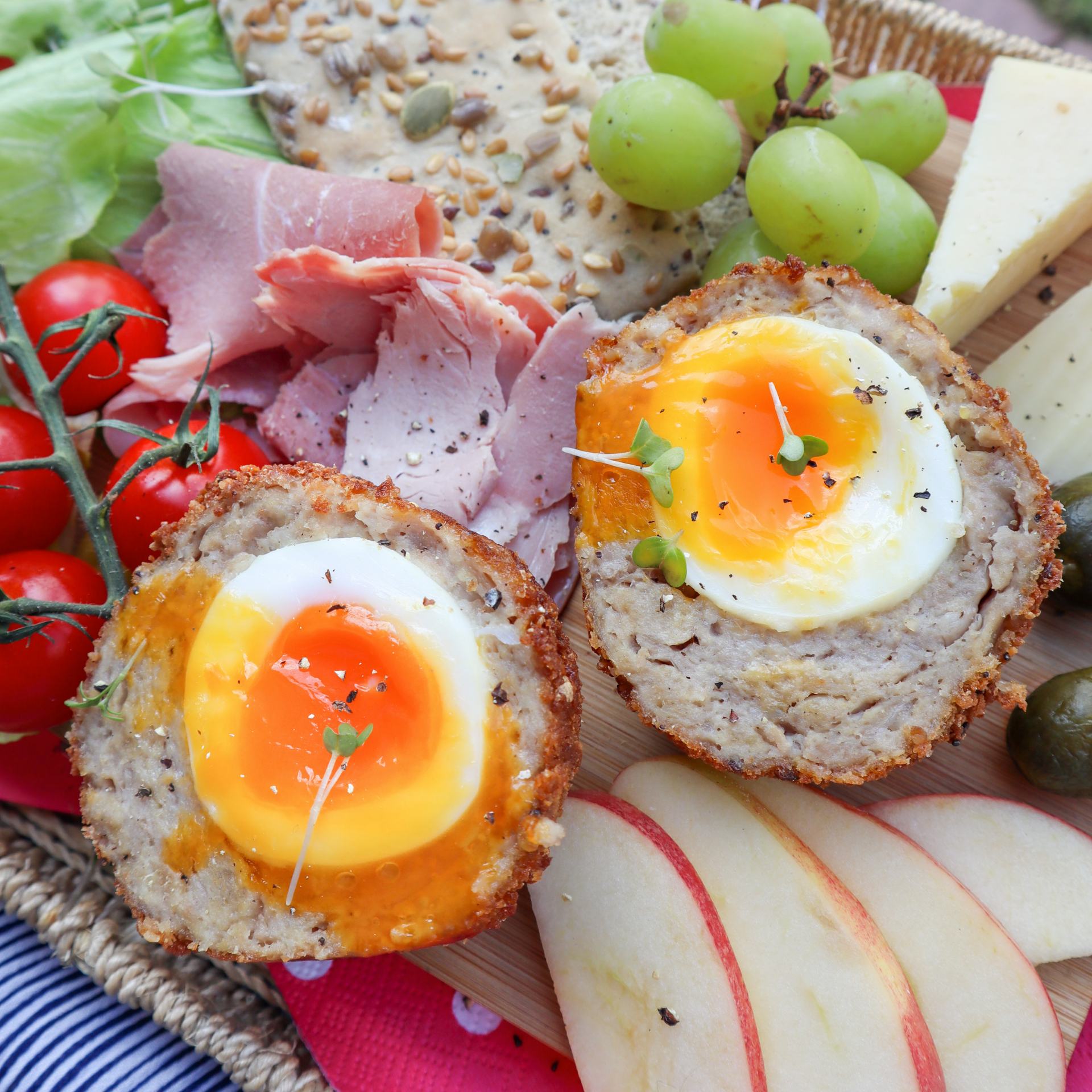 You can’t get better than a batch of gluten free scotch eggs, can you!?

Good news – they’re actually very easy to make – the only tricky bit is getting a runny yolk but hopeifully if you follow my simple tips below, you’ll be on your way to scotch egg heaven.

My scotch egg addiction is all my boyfriends fault. He moved into a flat directly opposite a restaurant that served award winning, mouth-wateringly good scotch eggs  – the Sands End. It was here that I fell in love! Sadly, the scotch eggs and I have had to get a divorce post coeliac-gate.

However, I was determined to make a gluten, dairy free version to rival the Sands End & I think I’ve done it!!!!!

I’ve included both options in this recipe. Here’s a bit of info so you can pick between the two.

Baked – obviously a little healthier. Won’t brown around the outside so looks slightly less appealing (if that’s possible) and doesn’t quite have the traditional crunchy coating but if you close your eyes, they taste almost identical.

Fried – I don’t fry them in a deep wok of oil, just because I don’t think they really need it so why waste the oil?! I fry them in about 1 inch of oil to brown them up and then stick in the oven to cook through.

**The Scotch Eggs in the pic below have been baked – you can see the outside isn’t quite as brown as the pic above which we’re fried (ploughmans lunch). **

How runny do you like your gluten free scotch eggs?

“How do you like your eggs in the morning….” Singing away here haha 🙂

In my recipe, I recommend boiling the water, adding the eggs and leaving for 5 mins.

If you hate any sign of a runny yolk or you’re a bit nervous about peeling the boiled eggs, go for 5 mins 30 of cooking time. I’d never recommend longer than this, as the egg yolk may go a little chalky and no one wants a chalky yolk!!

Optional – use if you're frying

Read the tips in section just above the recipe called “how runny would you like your gluten free scotch eggs?” to make sure you nail it exactly how you’d like it!
Print Recipe

🛒 ONE GUIDE FOR EACH SUPERMARKET - massively ap