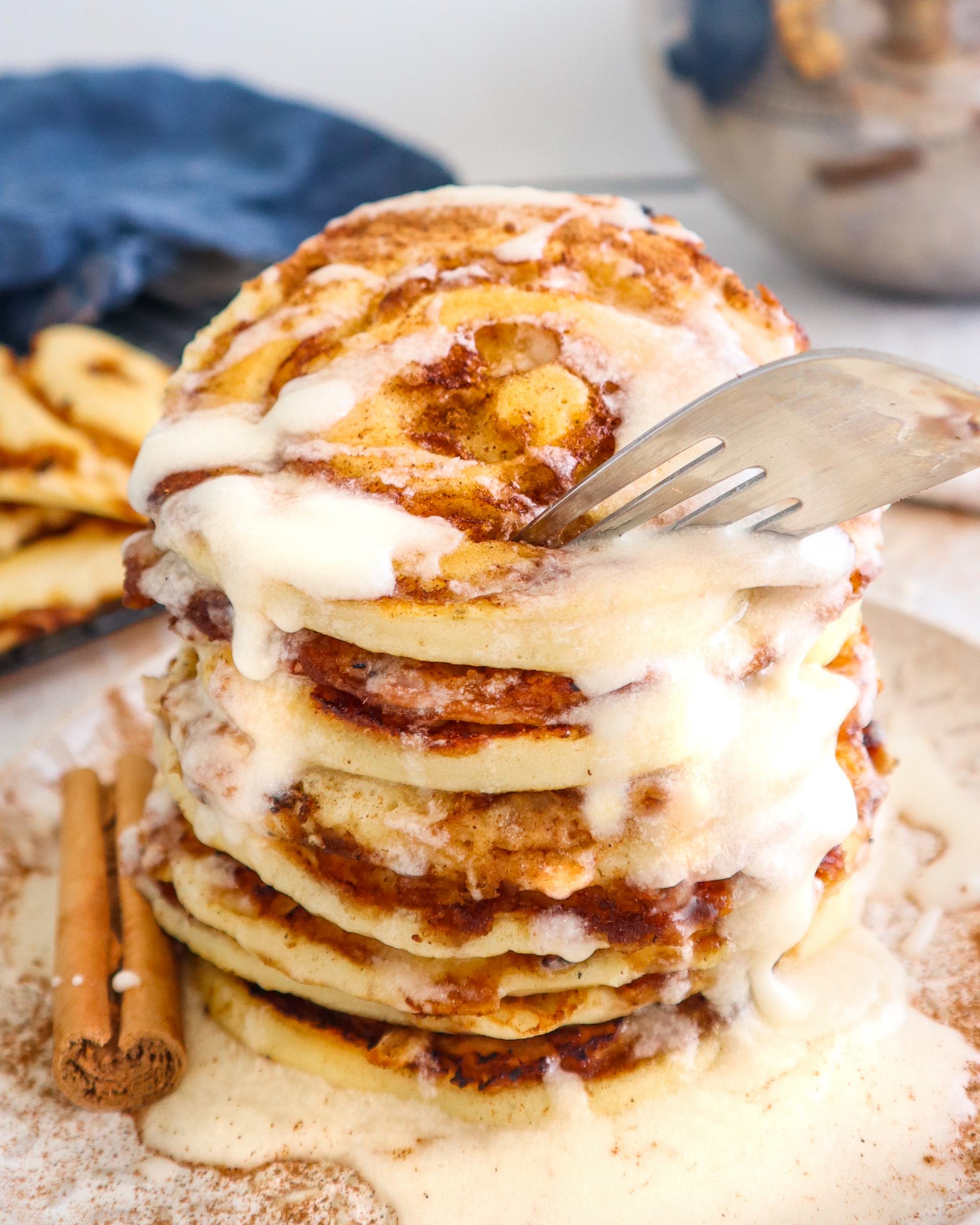 Cinnamon Rolls have recently taken over my Instagram feed, so naturally I decided I had to turn them into Cinnamon Roll Pancakes.

This recipe makes fluffy American style pancakes with a spiral of delicious cinnamon and a traditional, sticky cinnamon roll drizzle. They are quick to make, yet super yummy and indulgent!! Exactly what we all need right now.

Admittedly, I haven’t really done them justice in this picture… I was too hungry and the smelt INSANE. But I can promise you, you’re going to love them!!!!

Here’s a pic pre-drizzle because I appreciate I’ve made it difficult to see the swirl under all that icing sugar yumminess!!

How to get the Perfect Swirl in your Cinnamon Roll Pancakes

In the recipe, I make up a cinnamon swirl mix with butter, sugar and cinnamon. You then need to pipe it into spirals onto your pancake batter. Two ways to do this:

1) I used a squeezy bottle I bought on Amazon. Not an ad in anyway! Just sharing my tip 🙂 Cost £2

Don’t worry if you haven’t got either of the above, you can drizzle it with a teaspoon onto the pancake batter. You won’t have the perfect swirl but it tastes the same either way!!