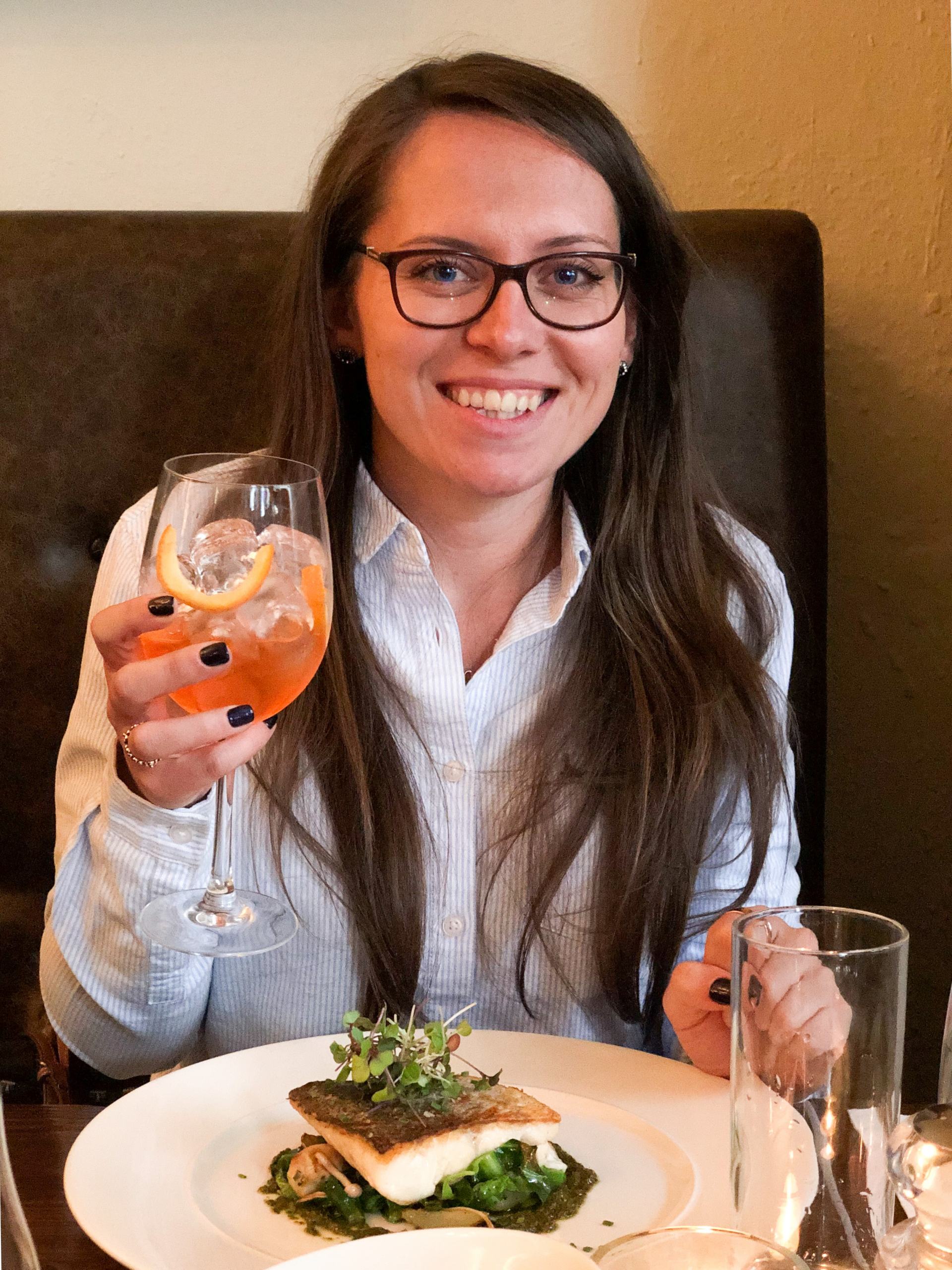 Gluten Free Alcohol questions are probably the most common in my inbox! I’ve gathered together all the “rules” for you to have a look over, with a little help from Coeliac UK (as always!).

Hope it helps and shout if you’ve got any questions – @jessicaskitchen_gf. ….oh and my fave is an Aperol if you want to send one my way 🙂

What alcohol is not gluten free?

There are 4 groups of things we can’t have. This includes:

I remember these with the acronym “BALS!”… because I’ll certainly be saying that if I slip up and accidentally drink one haha.

The exception to the rule: some brands make a “gluten free” version of a beer, ale, lager or stout. For example Peroni make a gluten free version.

What alcohol is gluten free?

Everything else!!!! Gluten Free Alcohol options include…

The last 3 always shock people!! For all of the above, this includes flavoured versions too e.g. orange gin, strawberry cider. I’m yet to find any that contain gluten!

Want a bit more info? This is from the Coeliac UK website: “Even when a cereal that contains gluten is used as an ingredient, all spirits are distilled during the manufacturing process and this process removes any trace of gluten. Therefore, all spirit drinks are safe for people with coeliac disease.”

The exception to the rule: The only thing to be wary of is when gluten-containing ingredients have been added to the alcohol. In this case, the label would *have* to say “contains <insert allergen>!”. This is REALLY RARE. The only one I’ve found is Tequila Rose Strawberry Cream. There’s more about labelling in point 3 below.

There are 2 ways beer can be considered “gluten free”: (1) the naturally gluten free ones and (2) the ones that contain low levels of gluten so are coeliac safe.

The second type will say “contains barley” on the label which can be confusing – e.g. GF Peroni. It has to say “contains barley” by law because it does contain the allergen, but the level of gluten is soooo tiny (less than 20 parts per million) so they can also claim they are gluten free and therefore coeliac safe.

Theres a fab guide on Coeliac UK’s website with loads more info on the production of gluten free beer here.

Did you know this? Drinks with an abv of more than 1.2% don’t have to list ALL ingredients but they HAVE to declare any allergens on the packaging, for example ‘contains wheat’, making it super easy for us to know when something is off limits!!

What about the less than 1.2%? Same rules as food – they have to list all the ingredients and the allergens have to be in bold.

The only spirit I’ve found that has an allergy warning is “Tequila Rose Strawberry Cream” – the label says its ‘contains products of wheat’. Obviously it is possible they have included this label due to legal requirements and actually the level of gluten is less than 20 parts per million so it’s coeliac safe, … however I have contacted the company multiple times to confirm but yet to receive a reply, so for now I’ll assume its not safe!

**If you know of any others, please message me so I can add them here and prevent people being caught out!!!**

These are the sorts of drinks you should double check the labels for because whilst Baileys is Whisky based and Smirnoff Ice is Vodka, they both obviously have other bits added!

However, you’ll be happy to know that neither have allergy warnings on their labels and both are gluten free as of the time I’m writing this!

Smirnoff causes problems when you google it because the US version is a different recipe and contains gluten, but I believe in the UK you’re safe.

I have to admit, it wasn’t something I’d thought about. What if someone makes a shandy and sticks the lemonade pump into someones gluten-full beer?!!

Here’s the Coeliac UK advise: “Regarding the taps in the pubs, we would recommend speaking to the bar tender as each pub will be different. Additionally, if someone is unsure, we would also recommend to avoid.”

On a separate note, you should have a chat with the bar-tender anyway to make sure your coke is gluten free. You’re safe with Pepsi and Coke but several of the cheaper brands contain gluten.

If you’re dairy free, thought I’d quickly mention that some white wines contain milk (used in their filtering process) so wouldn’t be suitable. As with gluten, it will have to say on the label if it does contain milk.

I asked you guys for your gluten free alcohol questions – some of the responses I had said “I’ve been drinking Peroni /Heineken/ Guiness and not had any side affects”.

They are NOT gluten free and if you’re coeliac, whilst you might not get any physical symptoms, they will likely be causing damage to your insides so don’t drink them guys! There’s enough other gluten free alcohol choices above 😉

Click here to head to my “Help” section on the blog. It contains LOADS of posts, from handling eating out to reading labels and products you might not expect to be gluten free!**

LINK IN MY BIO! Have you tried any of these? Any o

UPDATED- LINK IN BIO - now includes all the things

WHITE ROLLS: I picked 5 brands you guys said you b

LINK IN MY BIO!! 🌟 inspiration for this in the