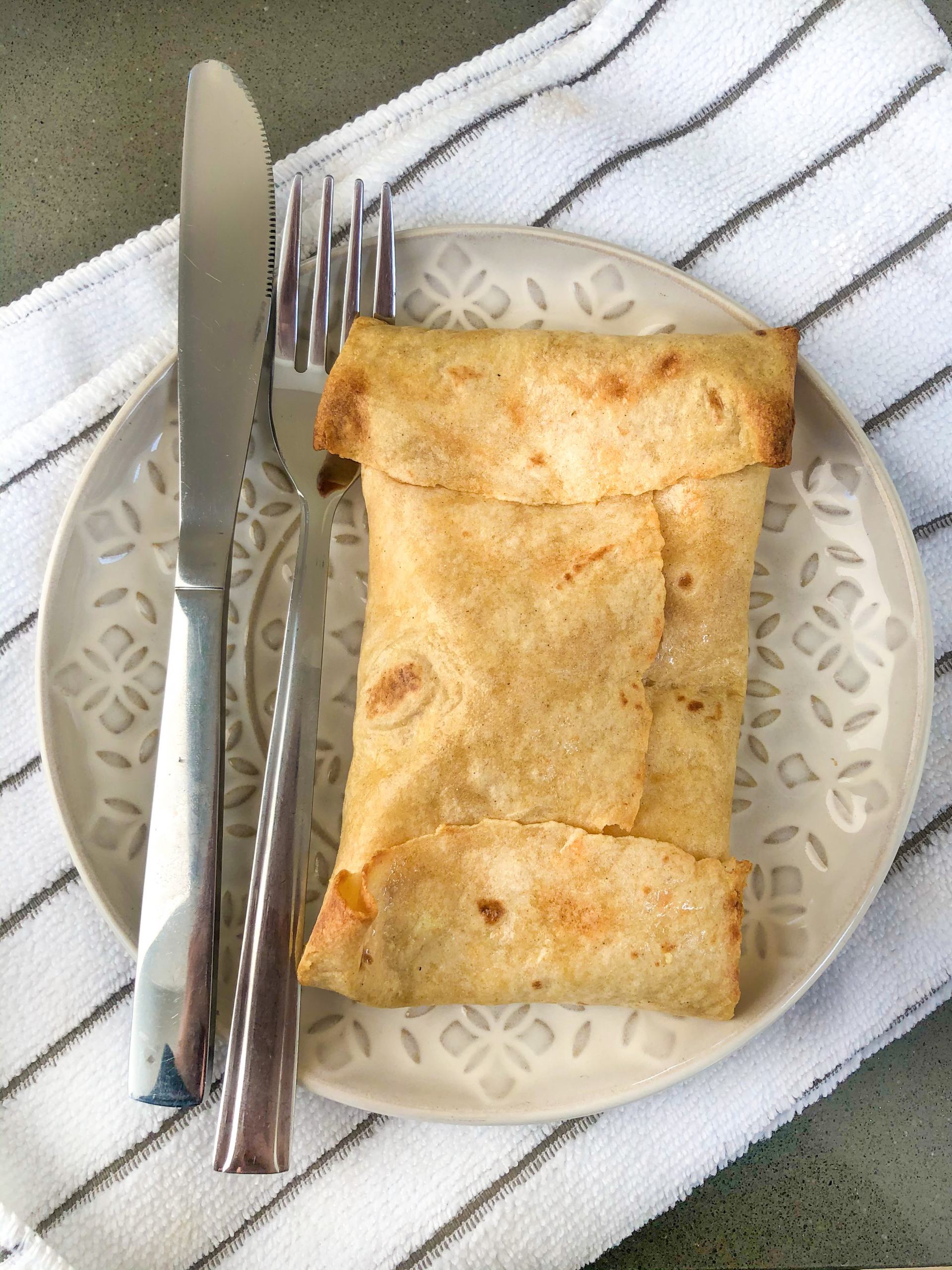 This idea came from the one and only, Mrs Hinch. I’ve just made it gluten free and added some of my own variations 😉 Mrs Hinch actually shared my variations on her stories!!! I had a big, big smile on my face that day haha.

The “standard” version is ham, a slightly runny egg and melted cheese, all hidden in this beautiful little parcel below….

We have a baked wrap at least once a week now 🙂 Ok, ok…so its more like 3-4 times a week but shhhh!! Takes approx 2 mins to put together, 15 mins in the oven and you’ve got yourself a super simple meal.

I’ve included the basic recipe below, but once you’ve made that one 50 million times (yes, its that addictive), you might want to change it up with one of the following. Don’t ask me to pick a favourite, they all play a big part in my life right now :’)

Lets be honest, you could open your fridge, pick any 3 ingredients, chuck them in and I’d probably love it!!! The perfect “use everything up” kind of recipe.
BUT WHATEVER VERSION YOU DO – don’t overfill it on your first attempt!! It makes it harder to wrap it!

Now let’s get cracking with the recipe.

Oven Times: I consider myself a baked wrap expert, having had at least 3 week for the last year. It took me quite a few attempts to master the oven timing to get the perfect egg – a slightly runny yolk (one that doesn’t cause too much mess when you bite into the wrap!) with a set white.

In my house, that’s precisely 17 mins in a preheated oven. Your oven might behave slightly differently so I’ve included a couple of little cooking tips in the recipe below.

Warning: array_diff(): Expected parameter 2 to be an array, string given in /home/customer/www/jessicasglutenfreekitchen.com/public_html/wp-content/plugins/instagram-feed/inc/class-sb-instagram-settings.php on line 407

Warning: Invalid argument supplied for foreach() in /home/customer/www/jessicasglutenfreekitchen.com/public_html/wp-content/plugins/instagram-feed/inc/class-sb-instagram-settings.php on line 409