How to Stay Coeliac Safe at a BBQ 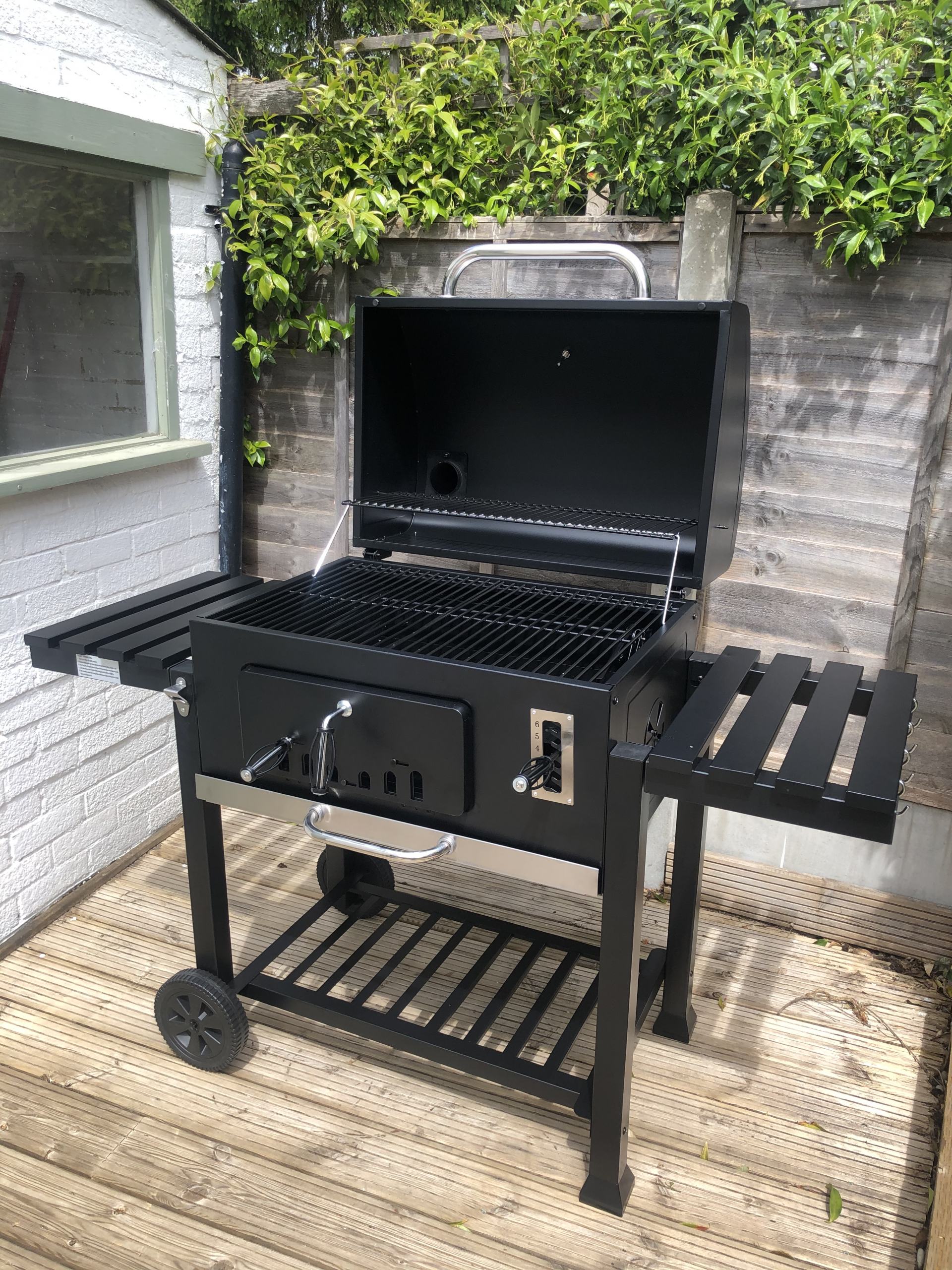 As a relatively new coeliac, when summer arrived I panicked slightly – “how do we even have a gluten free bbq?!”. We’d got semi-used to coeliac safe cooking inside, but having a bbq seemed like a totally different ball game. Especially at other peoples houses!!

Here’s a few bits to consider:

(1) HIDDEN GLUTEN to watch out for

Its easy to get carried away at a BBQ & forget to check each and every labels, especially at other peoples houses.

Common places to check at a BBQ:

Here’s some of the risks I’ve thought of and how you could combat them:

WATCH OUT: If people are using a spoon to scoop out some mayo from a jar, spreading over their “regular” bun and putting the spoon back into the jar then you can’t use the mayo!! Same goes if they’re dunking non-gf crisps in your gf hummus.

1. Where possible we use squeezy bottles as you can squeeze some out onto your bun without touching anything!
2. For jars, we keep the “Jess safe” ones on one side of the table, near me. They each have their own spoon and I carefully guard them haha.
3. If someone has accidentally contaminated a jar, we label it “NO JESS” so I don’t forget to avoid it.
4. At someone elses house, I take my own bits or just give it a miss.

(2) Non-gluten free food on the BBQ

WATCH OUT: Don’t mix your gf food with non-gf on the same BBQ.

1: Cook yours on the BBQ first and then shove it in the oven to stay warm.
2. Or just cook yours inside.
3: If you’re at someone else’s house, you could also cook yours at home and take it along with you.
4: Use a separate BBQ. Maybe a cheap, disposable foil one?
5: Use a totally separate end of the BBQ and wrap all your food in tin foil. Make sure you use seperate utensils for yours.

WATCH OUT: Where gluten might have been cooked on it before. The heat won’t have killed the gluten.

SOLUTION: Even if the whole BBQ is going to be gluten free, make sure the BBQ has been cleaned down before use incase the previous BBQ had gluten on it.

Here’s some of the bits I use:

(4) SOMETHING I ALWAYS DO: Plate mine up first.

Sadly, it does mean I rarely go back for seconds but at least there’s no risk of your guests accidentally eating their regular burger then accidentally touching & contaminating all the coeliac safe food.

If you don’t live with a coeliac, its really difficult to appreciate the severity of it and know what precautions need to be taken (I had absolutely no clue before my diagnosis)…its too easy for mistakes to be made!

Just give yourself a massive plate of food to start with 😉

(5) At Someone Elses House

It can be so difficult, can’t it?! Hopefully section 2 above gives you lots of tips for how to manage it, including:

I’ve also got a little letter you could send to your host if they’re keen to cater for you – hopefully it covers all the basics and prevents you having to explain it all as it can sound a bit overwhelming over the phone!

(6) THE BEST BUN for your burger

As voted for by you lovely lot, Genius & Schar Brioche came first by a longggg way!! Next up was Marks & Spencer’s and Morrison’s own brand White Rolls. I’ve tried all of these and definitely recommend them all! They freeze well too.

Warning: array_diff(): Expected parameter 2 to be an array, string given in /home/customer/www/jessicasglutenfreekitchen.com/public_html/wp-content/plugins/instagram-feed/inc/class-sb-instagram-settings.php on line 407

Warning: Invalid argument supplied for foreach() in /home/customer/www/jessicasglutenfreekitchen.com/public_html/wp-content/plugins/instagram-feed/inc/class-sb-instagram-settings.php on line 409