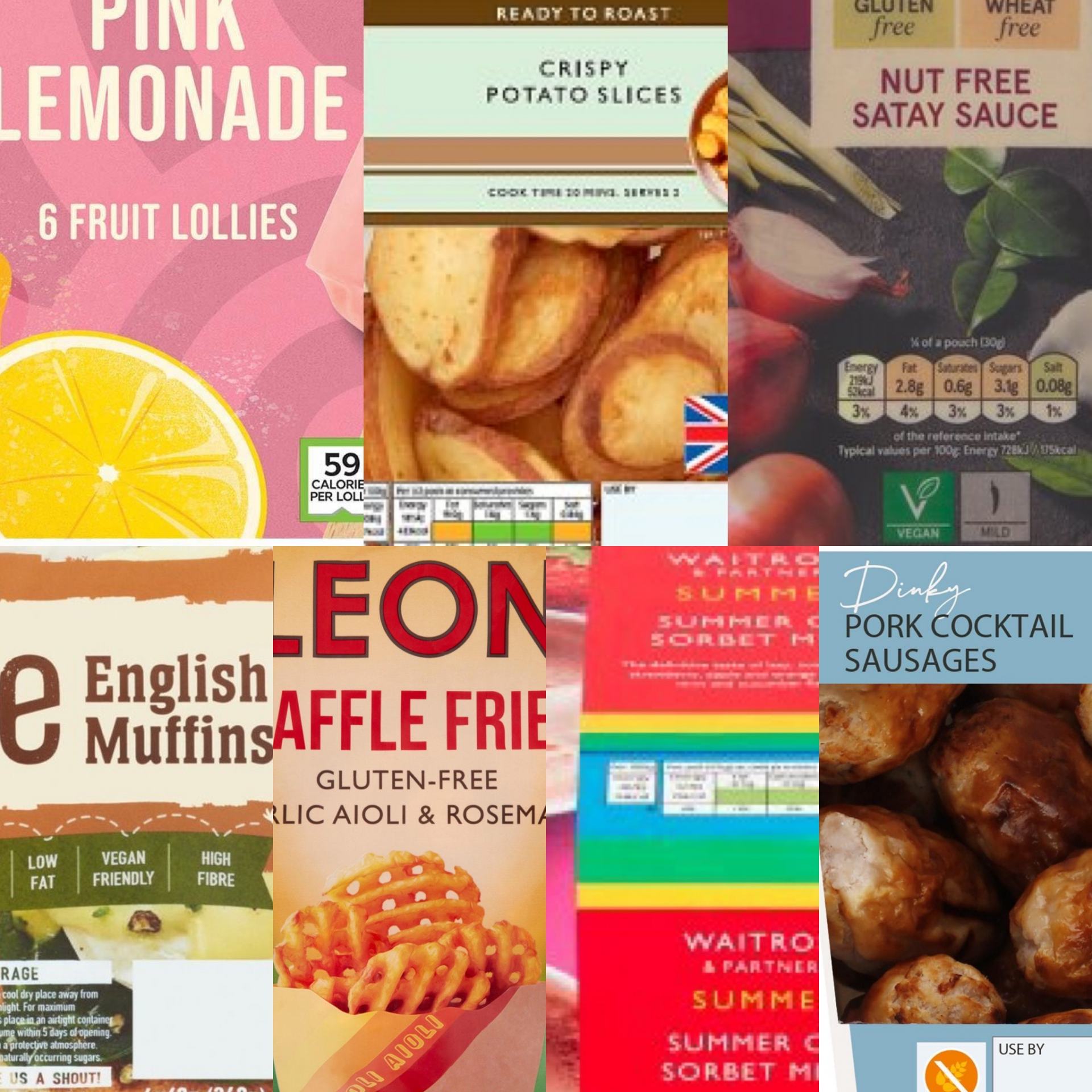 This edition is split into 3: savoury, sweet and some other info. Hope there’s some new bits in there for you! Enjoy, Jess x

Bfree Muffins (gf, df) – these were in several major supermarkets a few years back but they disappeared. I’m told theyre back and tastier than before 😉

Waitrose Crispy Potato Slices (gf, df) – not new but new to me and delish

Coop Gluten Free Tempura Chicken (gf, df) – normal aisle. just about everywhere has them now! Except sainsburys who had them then sneakily decided to add gluten and not really tell anyone about it…

M&S Cocktail Sausages – different flavours (all gf df) – such good reviews! Think they’ve been very popular so not easy to get hold of.

M&S Made Without Iced Buns and Teacakes (gf, df) – these have had SUCH good reviews. Stock seems to vary from store to store. Made Without Double Choc Muffins new to some stores too.

Waitrose Summer Cup Sorbet Minis (gf, df) – thought this was such a good idea for dairy freers instead of a lolly for sunny days in the garden.

Sainsbury’s Coronation Chicken Flavour Hand Cooked Potato Crisps (gf, df) – any kind of chicken crisps is a winner for me.

Just seen these new sauces (available in Tesco). Haven’t seen them yet so cant verify if they’re gluten free but keep your eyes peeled!!!

Burger King – bit random but hear me out! – know we cant actually eat in Burger King but apparently they’ve launched a Fanta lemon frozen (slushy type) drink. Can’t find the ingredients online but if its true and its gluten free, I’M THERE!!