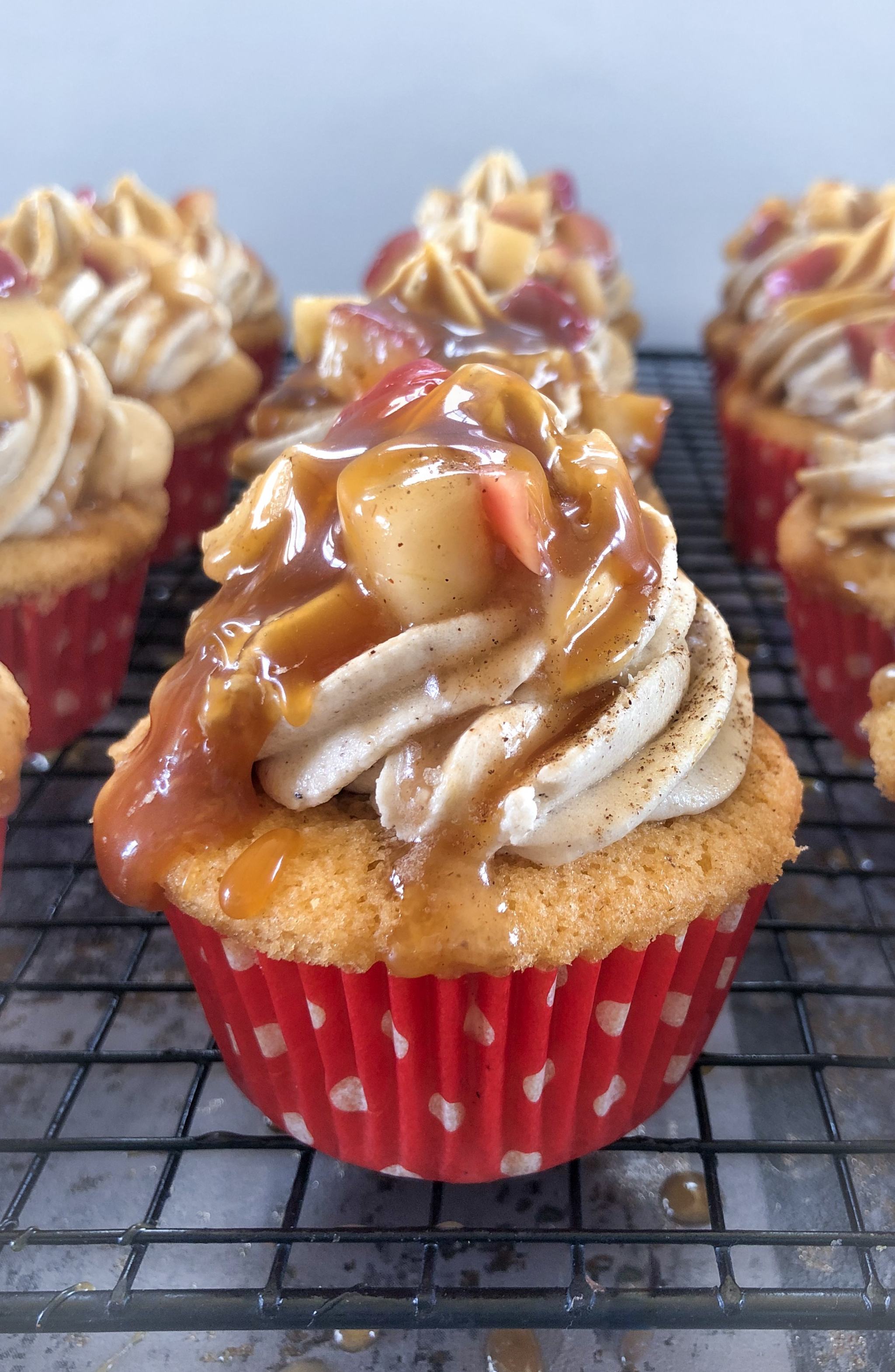 You would NEVER know they’re gluten, dairy free. Mega easy, tasty and they look really impressive!! Dare you to try 😉

My Inspiration: Its Alzeimer’s Cupcake Day today, so I’ve made these Apple pie Cupcakes in honour of my Nana.

The Toffee Apple Cake is her fav from the coffee shop at my parents garden centre so I thought I’d make a very special cupcake version for everyone at her home to share. Apparently, they went down very well!!

Want them to be extra caramelly like the picture below?!? Make some of the caramel from my twix recipe, leave it to cool down completely in the fridge (20-40mins depending on how impatient you’re feeling & then add a tsp to each! It won’t be as thick as the usual twix but it’ll be perfect for these cupcakes. Enjoy!!

What other funny gluten free questions have you ha

🍴⚠️Ok, did I do better with the hash browns